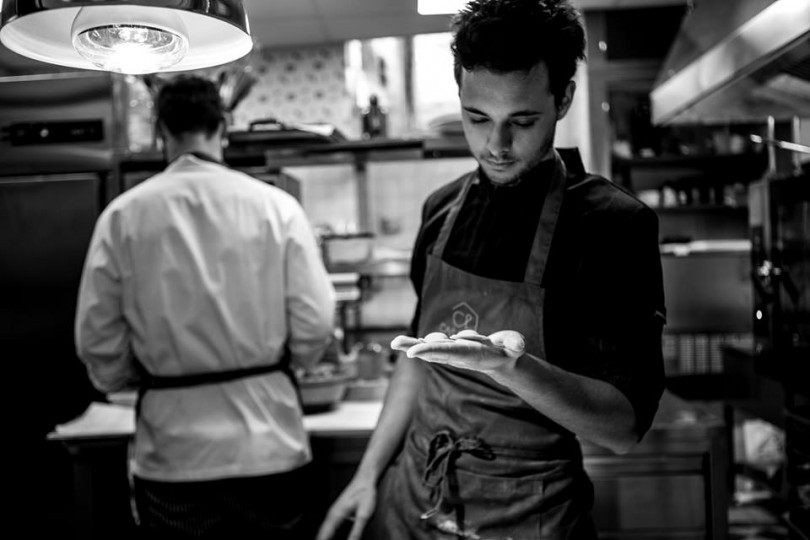 Andrea Leali shows less of his 23 years: he suggests the image of free child-cook playing in the kitchen with the impetuousness, innocence and fantasy typical of childhood. Then you sit at the tables of Casa Leali, in Puegnago del Garda, and realize that behind his visionary creativity lies a rigorous technique, combined with a passionate research on raw materials: all the more extraordinary gifts if you think that one of the most prominent emerging talents in Lake Garda restaurants scene is self-taught. In his past there are not seminars in important kitchens or apprenticeships at the court of renowned chefs. For him cooking has been a “consuming passion” from the start. And his adventure began at Pijei, in the Cunettone area of ​​Salo, a restaurant open by his mom and dad possibly in an attempt to head off the departure of Andrea for America, where someone had probably already realized the extent of his talent. “At that time I wa still studying, in my last year at the institute for cooks in Gardone Riviera – he says -. I came home from school, I descended from the coach and entered directly into the kitchen. That was my real school. ” In the wake of word of mouth, Pijei became one of the most talked and recommended addresses in the Garda gourmet scene of recent years: and Andrea was joined by his brother Marco, who in life was doing other things but was has been able to start again and get back into play becoming a perfect host as well as a competent Ais sommelier. 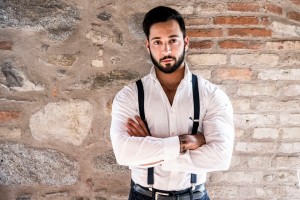 The Pijei clientele gradually increased, until the location became inadequate to grow. And then came the stroke of genius: to transform part of the family house in Puegnago in a new restaurant in which to continue the adventure in far more ideal spaces. “There was not even the need to invent the name because it was already written on the bell! – tell the two brothers -. These are the spaces where we played as children. The existing kitchen was our tavern and we have even saved some of the decor elements. ” Open from May 2016, Casa Leali is a little nest of about 35 seats at most, where Andrea indulges in exercising that continuous culinary challenge with himself that he calls “my life everyday”, supported by readings, experiments and continuous study. 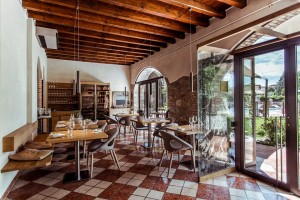 If ther’s a red thread uniting his dishes, it is probably the creative reinterpretation of the simple and delicious flavors that characterized the daily lives of all of us. A now cross trend, that’s fascinating more than one great chefs, but one which Andrea interprets in his own way in withering ideas as Spaghettino butter and sage, in which the paste is creamy with butter, and with the cold extraction of sage essence, also present with a few leaves fried crispy. 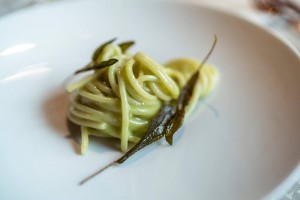 “Simplicity then but also healthiness – he says -. And then the full enjoyment: every dish should provoke an emotion, and being able to move to a customer with a classic of everyday life is a great satisfaction. ” Another feature of Andrea’s kitchen (with him, it should be mentioned, the other chef Manuel Gavezzoli) is the search for raw materials (mainly gathered from companies and farms in the surrounding area) that are able to tease his inventiveness: what he has managed to invent starting from an artichoke or a chicory leaf, in dishes like Lacquered chicory risotto and marinated sauce, or Fried crispy artichoke with artichoke “fondo” and sweet cream is truly remarkable, a flight of fancy without ever losing the lucidity to give convincing and impressive results. 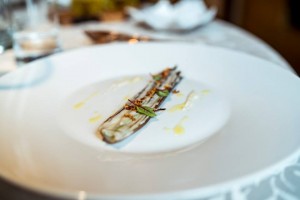 And then tradition pops up again in the Brescia stuffed tortelli with capon, while a strong personality comes as a surprise in a gem like Streame Octopus, black sesame and white butter. 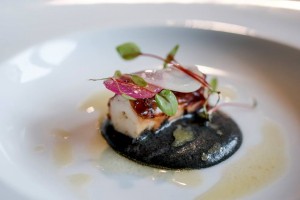 In short, the reasons why Casa Leali is worth at least one visit are many: not least the 300 wine labels that Marco has accumulated in the cellar, and a really excellent value for money with a tasting menu at 44 euros.