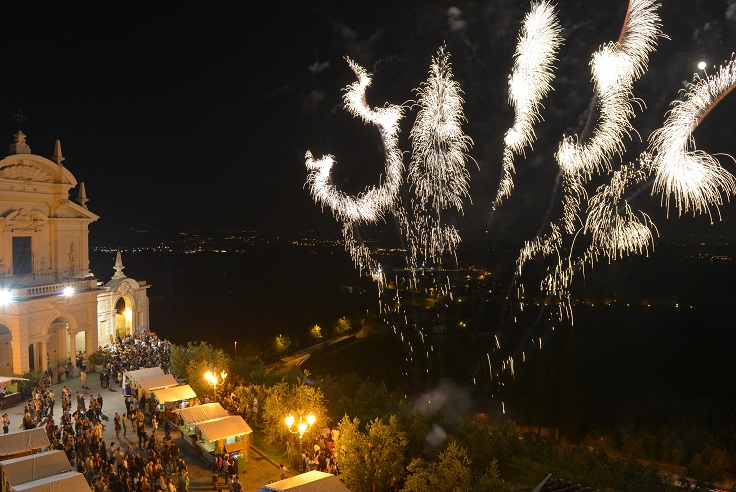 The Wine Fair of Polpenazze del Garda is preparing to cut the ribbon of the 69th edition: an appointment scheduled between May 25 to 28 May for four days of great popular celebration of wines, flavors, traditions of the Valtènesi, a wine-growing area of ​​great value on the Brescia shore of Lake Garda. Established in 1947, the event, chaired by the mayor of the town Andrea Dal Prete starts again with a new coordinator, Massimo Corazza, confirming his original goal of authoritative “showcase” for the promotion of the territory but constantly reinforcing at each edition, receiving at the same time an ever-increasing success that in 2017 reached record levels with about 45 thousand admissions.

Also this year the numbers signal a strong increase: the increase begins with the wineries present at the fair with their own stand (a total of 25, some of which at their debut), but also the labels that participated in the 13th edition of the wine competition adapted from this year to the new unique Doc Riviera Del Garda Classic-Valtènesi: 98 labels were presented (+ 20%) from a total of 42 companies. The tastings of the official commission highlighted a high quality profile: over 60% of the labels obtained the qualification of Excellent Wine, corresponding to a score of at least 85/100. Worthy of mention is the debut in the competition of the Doc San Martino della Battaglia, protected by the Valtènesi Consortium: all the seven producers present on the market with this small but historic denomination participated in the competition, five who have achieved excellence. Important indication of recovery for this fine white produced with Tuchì grapes.

The winning wines will as always be awarded in the usual official ceremony in the castle scheduled for the morning of Sunday 27 at 10 am, immediately after the official opening ceremony scheduled for 9.30. But the Fair will debut in reality at 6pm on Friday 25, opening to visitors the doors of the medieval old town of Polpenazze, with its streets, its squares, and a balcony from where you can admire one of the most fascinating views of the Valtènesi and Lake Garda.

Over a hundred labels available for tastings, which can be made only and exclusively by purchasing the special bag with glass, which due to new regulations related to security in the public events will no longer be glass-made but of a particular plastic material that makes it perfectly similar to a classic tasting glass. Not a disposable object, therefore, but a “gadget” to be stored and used at home, dishwasher-safe, completely recyclable: the cost of the glass with the Fair logo and the bag of the Valtènesi Consortium will be 6 euros, to which it will be necessary to add 1.50 euros for each tasting at the stands. Among the various areas of the exhibition stands the Borgo Bio, the corner dedicated to companies that practice organic farming,

News also at the Dispensa del Gusto, the restaurant area where in addition to the inevitable Spiedo Bresciano will be offered in the four evenings and Sunday at noon a menu which will add a first course (Riso alla Pilota with sausage) and other specialties of the area. Also worthy of mention is the partnership with the Alpe del Garda cheese dairy in Tremosine, an important cooperative in the Alto Garda area, which will offer cheeses paired with wines offered in comparative tasting at the Corte degli Assaggi, as always hosted in the evocative court of Casa Palazzi.

In terms of logistics, parking will be increased, with two new areas in Via Valle and the Sport Ground, which will allow a total of 5,000 parking spaces including the other two areas already used. There will also be a helipad service with the possibility of paying excursions by helicopter to admire the beauty of the Valtènes from above. The usual Palio del Salame dedicated to local pork butchers and tastings of Garda DOP extra-virgin olive oil are also scheduled. There will also be numerous musical and cultural entertainment: in the Sala Consiliare there will be an exhibition of wood artists and an exhibition of perfectly functioning miniature agricultural machinery. Grand finale with fireworks on the evening of Monday 28.