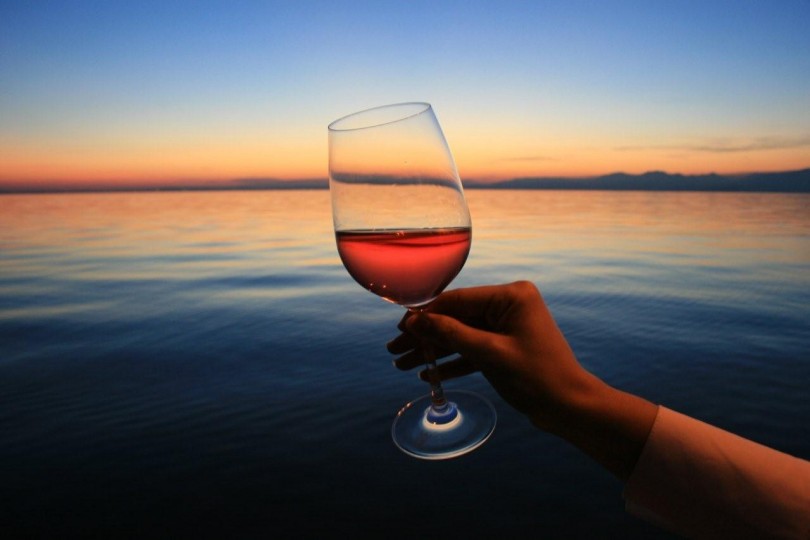 Italia in Rosa 2018 prepares to celebrate the eleventh edition and a new record seems to be on the horizon. In fact, there will be more than 160 wineries present this year at the Castle of Moniga del Garda (Bs), otherwise known as the City of Chiaretto, from Friday 1 to Sunday 3 June. The adhesions are still in progress, but it is already estimated that the wines for tasting will far exceed the threshold of the 200 labels: something that makes the now historic Garda exhibition as the largest, most comprehensive and important international showcase for rose wines operating today in Italy.

This further growth is undoubtedly linked to the prestige accumulated over the years by the event presided over by Luigi Alberti, but also to the recent unitary promotion pact between five consortia under the sign of the rose that the Consortium Valtènesi, wine-making reality of the Brescian Riviera of Garda with 1000 hectares of vineyards and 80 wineries, has signed on April 14th in Bardolino with four other large Italian DOC rosés from autochthonous grapes, namely Chiaretto di Bardolino, Cerasuolo d’Abruzzo, Castel Del Monte and Salice Salentino. Collaboration that has already given its first fruits with a series of joint initiatives carried out in the great Vinitaly arena, and which will be further developed in the three days of Moniga with a series of tastings and an ad hoc master class at Villa Galnica with the partner consortiums.

International guest of this edition will be Elizabeth Gabay, journalist and writer of American descent, but now relocated in Europe, passionate about Rosé and author of the recent book “Rosé: Understanding The Pink Wine Revolution”, published in January 2018 for Classic Wine Library, over as president of the International Rosé Championship jury: she will conduct a master class on rosés on Saturday 2 June at 10 am at Villa Galnica in Puegnago del Garda (home of the Valtènesi Consortium) and talk about her research on the rosé world market in the Italy in Rosa that will follow at 11, which will also see the partecipation of the President of the Consortium Valtènesi Alessandro Luzzago.

Italy in Rosa will be open in the three days from 5 to 11 pm: the entrance ticket costs 15 euros with free tastings. The three evenings will be a limited number with a maximun of 2000 coupons sold for each of the three days: then the pre-sale is recommended on the website www.italiainrosa.it.