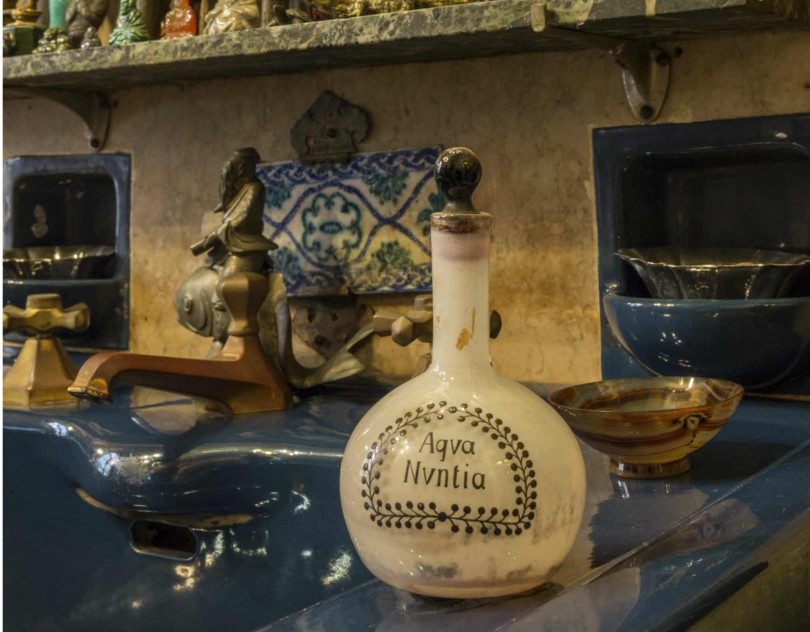 A path to reconstruct the olfactory universe of Gabriele D’Annunzio, the great italian poet also known as Vate: this is the project underlying the exhibition “D’Annunzio and the Art of Perfume: Odorarius Mirabilis”, which is already announced as the first major event of 2018 at the Vittoriale of Gardone Riviera. Strongly wanted by President Giordano Bruno Guerri, the exhibition will be inaugurated next March and is announced as “a feast of the senses in the name of a Poet for whom the perfume was all and everything is in perfume.”

The aim of the project is to deepen a story perhaps unexplored, that is, the relationship between D’Annunzio and the perfumes, which was always present in his life as Poet, Dandy, Warrior.

The event will be the third and final stage of a path which began with the perfuming of Prioria (March 11, 2017) through four stations with continuous perfume diffusers, and continued with the birth of the perfume line inspired by Vate, Odorarius Mirabilis (June 1 2017) including four fragrances: Aqua Nuntia, vision of the ancient; Ermione, spiritual joy; Divina Musa, irradiation of mystery; Il Piacere, hymn to voluptuousness.