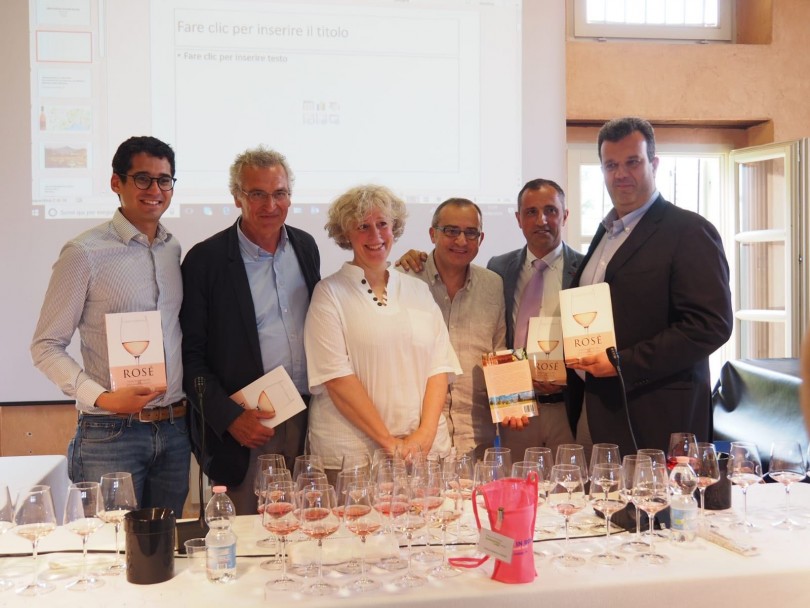 Success beyond expectation fo the eleventh edition of Italia in Rosa: the festival of Moniga del Garda dedicated to the rosé world has attracted about 8,000 visitors who in the three days from June 1 to 3, have crowded the castle of the “City of Chiaretto” to tast more than 200 wines from every corner of Italy and also from France.

A review of ever greater success, which this year has aimed straight at the strengthening of a sort of “rosé pride” trying to revive the identity of a wine that, for its historicity, identity and traditions, has really nothing to envy to other types that even in Italy remain majority (only 6 bottles out of 100 drunk in Italy are “pink”).

Hence the re-launch of the five-party agreement signed by the Valtènesi Consortium with four other important Italian consortiums historically dedicated to the production of rosé from native grapes: Chiaretto di Bardolino, Cerasuolo d’Abruzzo, Castel Del Monte and Salice Salentino “. Five realities that today represent a production exceeding 16 million bottles, protagonists Saturday morning, June 2, of the masterclass hosted at Villa Galnica of Puegnago, headquarters of the Consortium, in the presence of Angelo Peretti (Internet Gourmet) and the British journalist Elizabeth Gabay, author of the book “Rosé: Understanding the pink wine revolution”, the only Master of Wine specialized in rosés, perhaps one of the leading authorities in the field.

“We have formed an alliance that will have strong consequences in the affirmation of the culture of Italian rosé – said the president of the Consortium Valtènesi Alessandro Luzzago, in the photo with Elizabeth Gabay and the representatives of the other four Consortiums -. A pact of high symbolic and foundational value: being united together under the sign of historicity and the use of indigenous grapes is undoubtedly the winning way “.

Confirmations in this sense also come from the director of the Valtènesi Consortium Carlo Alberto Panont.

“The 2018 edition of Italia in Rosa – says Panont – has highlighted a strong increase in the productive consciousness of rosé: an identity aspect takes hold that, supported by an increasingly high quality profile, now seems to be at the base of a real and his own school of thought “.

Luigi Alberti, president of the event, was also satisfied. “It was the most successful edition of all time: important results, achieved in full compliance with the maximum number of entrances envisaged through constant control of entries and exits. The concomitance with numerous other events of great importance, on Garda and beyond, makes the event’s balance even more positive. The public? Quality, with a strong female presence. But above all with so many young people: which proves that we have been able to achieve our primary objective, that is to bring the Chiaretto to the new generations with a view to a conscious and careful approach “.