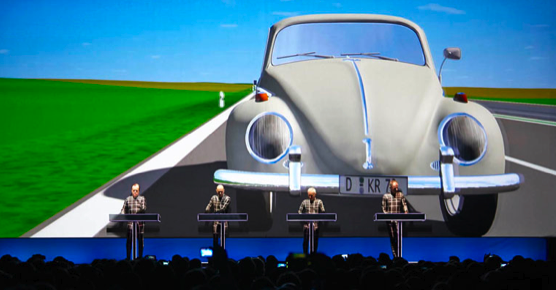 Among the many events scheduled this summer on Lake Garda and its “capital” cities, the concert scheduled for tonight, Monday 25, at the Arena di Verona is one of the most anticipated and sensational: starring Kraftwerk, german pioneers of electronic music that will transport the amphitheater in a new dimension with their 3D-Show. It will be a unique event of its kind, and also the only date that the historical band has given to Italy as part of his world tour: the door opening is scheduled for 7.30 pm, the beginning of the concert at 9.15 pm and there are tickets available with prices ranging from 100 to 35 euros.

Kraftwerk will present at the arena with one of the most technological and suggestive shows of 2016: the audience will be given special branded glasses that will allow everybody to soak in the images coming from the enormous LED screen positioned on the stage behind the group. In the setlist, all their most famous songs, from “The Robots” to “Computer World” to “Trans Europe Express”: pieces of work that have literally invented a new concept of pop music, anticipating the invasion of technology in modern societies.