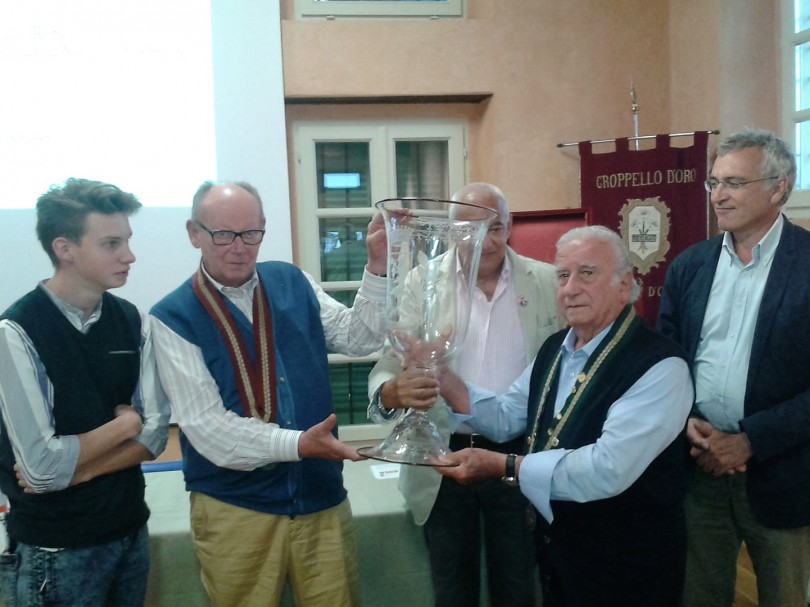 Cantine Avanzi in Manerba won the Pompeo Molmenti Trophy 2016 for the best vintage 2015 Chiaretto: the award was presented as part of the ninth edition of Italia in Rosa, the Garda Festival of rosé wines closed on Sunday 12th with a great success.

The competition saw the participation of 21 Chiaretti that two weeks ago have been crowned with the Excellence (score of at least 85/100) at the National Wine Competition for Doc Valtènesi-Garda Classico at the Polpenazze Wine Fair. The second selection of the magnificent 21 was won precisely by Avanzi winery with the Valtènesi Chiaretto Doc 2015: the award was received by Giampietro Avanzi, the winery patron, along with grandson Matteo, and was delivered by Italia in Rosa president Luigi Alberti as well as by the president of the Consortium Valtènesi Alessandro Luzzago and Ennio Avigo, representing the brotherhood of Castellani del Chiaretto.