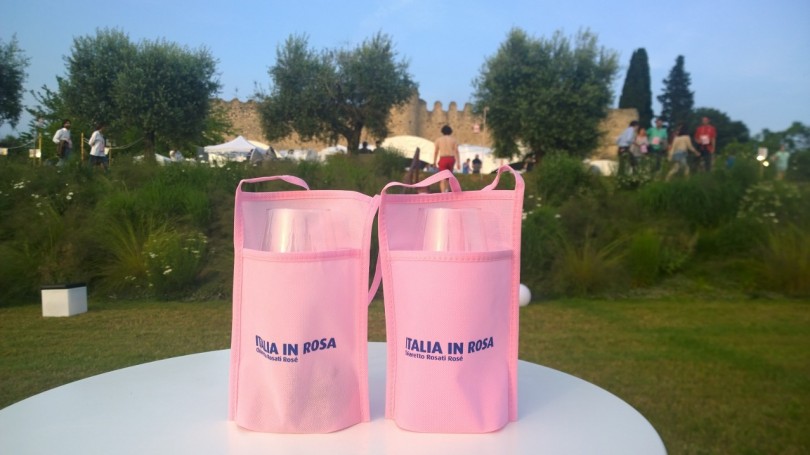 Great success for the 2016 edition of Italia in Rosa, the rosé wines festival which has just closed its ninth edition: there were over 6500 visitors who flocked to the castle in Moniga del Garda in the weekend from 10 to 12 June, of which more than 3500 have purchased the coupon with bag and glass to taste over 170 wines entered this year in the event by an army of 131 wineries from all over Italy and beyond.

In short, the “people of rosè” is alive and well, and judging by what we saw was made up of many “wine lovers” curious to know all the nuances of a “universe” fascinating like few.

“We are very happy not only for the numerical growth, but also and especially for the quality of the event – says the president of Italia in Rosa Luigi Alberti-. However, we are already thinking about the tenth anniversary edition, which we imagine open especially to the young target audience that were so important to the success of Italy in Pink: hence the idea of ​​setting up a scholarship to study that remains permanently in time and that can be a reference point for deepening the knowledge of Chiaretto and rosé”.

Particularly significant were also the conclusions reached by the conference “The future of rosé: numbers and size of a booming market.” The leadership of Valtènesi Consortium, led by President Alessandro Luzzago and director Carlo Alberto Panont, appealed to “a network with Puglia, Veneto, Abruzzo and other major Italian production regions to build an alliance that allows us to also have a reference observatory in Italy “. An invitation collected by Lucia Nettis, director of Puglia in Rosé (actually combining 52 cellars), according to which “States General of rose wine would be an excellent idea to count us, understand who we are, and go together on the market to be successful “. All the while Tiziana Sarnari, market analyst of the wine sector for Ismea, has shown the tools that, with the collective effort of consortiums and associations, may help to build also in Italy an economic framework on rosé wines.