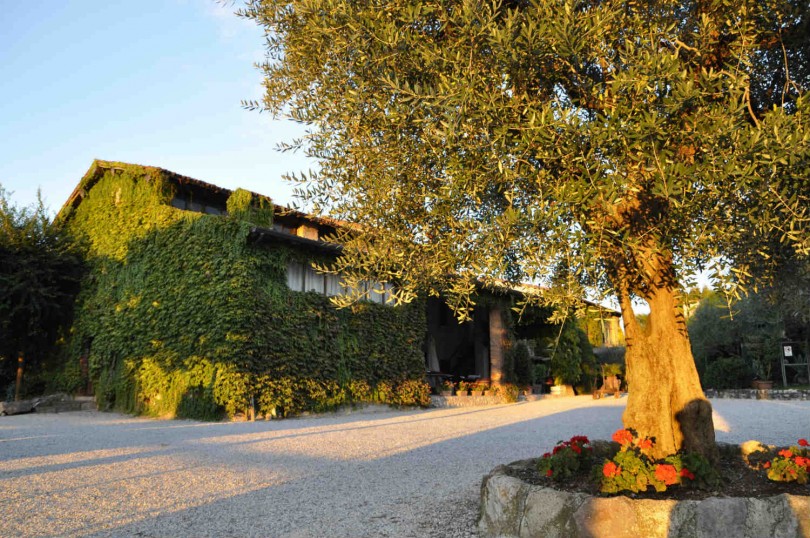 A place to rest the spirit and enrich the senses. To regain the charm of a lost time, which here is still flowing with forgotten rhythms, but also to get lost in the tranquility of an area that has been able to maintain its ancient integrity. We are in San Martino della Battaglia, one of the most beautiful areas in the hinterland of Lake Garda: vineyards and olive groves triuph everywhere, the main elements of such beautiful landscapes, marked by silence and suspended atmospheres that still can bring you back to a history rich in events. 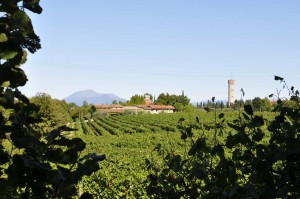 Here you can find the oasis of Cascina Capuzza, a 40 hectares estate of 40 wwith vineyards, woods, meadows and truffles, producing wine since 1908, but since the mid-70s in the hands of the Formentini family, who first introduced the cultivation of Lugana in an area hitherto known for the production of Tocai for the San Martino Doc. Not only: the Farm was also the first structure to obtain the “agriturismo” licence in Lombardy, in 1985. Today, Capuzza is synonymous with a multifaceted proposal: a blend of wine, food, hospitality and culture harmonized by the sensibility of Luca Formentini, who’s been at the head of the family business for ten years now. Known for his role as president of the Consortium Lugana as well as an avant-garde musician and guitarist, with a long career and many prestigious collaborations behind himself, Luca is the soul of a place in which the different elements are accorded by a common vision, just like the instruments in the execution of a piece of music. 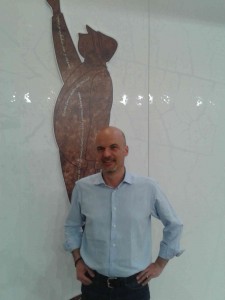 From the 20 hectares of vineyards around the winery arrive wines produced exclusively with native and traditional grapes of the area just as the Turbiana, Groppello and Tuchì (the ex-Tocai so named after the ‘”exclusive” of the name was given to Hungary): about 420,000 bottles of Lugana, Garda Classico and San Martino, bound together by a vocation for authenticity, a rigorous expression of what the territory is and can give. Everyhting at Capuzza seems to be guided by a kind of attitude to independence from the dictates of the market, which basically is also found in the hospitality proposal of Agriturismo Borgo San Donino, 11 apartments built during the renovation of an old village grew up around a church dating from around 1300, still consecrated and visitable in the estate. 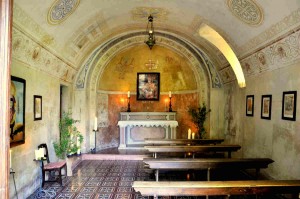 The are no televisions in the rooms: a particular choice that’s also an invitation to experience the charme of place, to enjoy the peace and quiet in the name of a simplicity that also dominates the restaurant of the farmhouse, based on a gastronomic proposal in which are the essence of the products speak more than the elaborations of the chefs. The menu changes with the seasons, offering fish from the lake for at least one evening a week, but also many dishes based on vegetables for those who want to build a lunch or dinner without the meat that’s available from the grill. At the table, of course, you can drink the Selva Capuzza wines: the Lugana, obviously, but also the San Martino Campo del Soglio, which has become a symbol of the struggle for the defense of this tiny Doc from extinction. And then the Chiaretto, and labels of particular value as the magnificent Garda Classico Superiore Mader, one of the most amazing and pleasant red wines you can happen to taste on Lake Garda, sparkling wines (a Lugana Metodo Classico and a Garda Rosé metodo Martinotti recovering the old local brand Hirundo) to finish with the Lume, a delicious “passito” made with the same Tuchì Grapes of the San Martino Doc.

“Since the graphic choices of our labels, we strongly try not to alter reality, because we don’t want to try to seduce peolple with something that is not exactly the identity of our wines – says Luca Formentini -. We have struggled to create something perfectly legible and clear, which basically reflect this place made of spaces intentionally left in a kind of wild state. We do not try to conform to what market wants: we want to arrive to the consumer for what we really are. ”

Indicative of this philosophy is the slogan “We protect the flavor of these places,” which in this desire to give coherence to the overall proposal of the Cascina, connects to the many cultural initiatives organized by Formentini to tell and remember the often so tragic story of this place, symbolized by the tower of San Martino, located right around the corner. Or to an environmental awareness declined in many demanding choices. “We do not practice organic agriculture, but we do a lot for the protection of biodiversity, we don’t do weeding since many years and we do not use insecticides – tells Formentini -. We aldo care also of the impact of the various stages of production on the environment, choosing suppliers of the area, and we pay attention to the weight of glass, one of the most polluting factor in the wine production chain: our bottles must ensure that the wine can be consumed in its integrity all over the world, but with the lowest weight possible”.

Also highly symbolic was choice to never leave the Doc San Martino, which once, before the big boom of Lugana, dominated the area. “For many years we’ve been the only ones to produce this wine – explains Formentini -. And I think our effort has led to the rediscovery of a wine that is not in competition with Lugana because they play on entirely different levels.”

And the idea of ​​preserving the local heritage is also part of the decision to acquire three years ago the historical brand Visconti, that’s considered one of the founders of Lugana, the first to put the name on the label since the early ‘900. “Again we have chosen to protect an important part of the territory which was in danger of being lost. Now we have presented the study for a renewal of the image Visconti, to continue to give the brand its dignity in harmonization with the philosophy Selva Capuzza, despite the clear differentiation of the two products. ”

In short, a multitude of suggestions under one common denominator, in order to experience a different Garda, that’s to be tasted as well as lived.

Lugana is obviously a must. But the most particular label is Campo del Soglio, the wine that takes its name from the place, San Martino della Battaglia. A seducing fineness, amazing aromas, great elegance: it is the strength of the anomalous Tuchi, the vine that has regained its ancient dialect word after remaining nameless for several years as a result of the Community provisions. Hence the question mark that still stands in the back label.