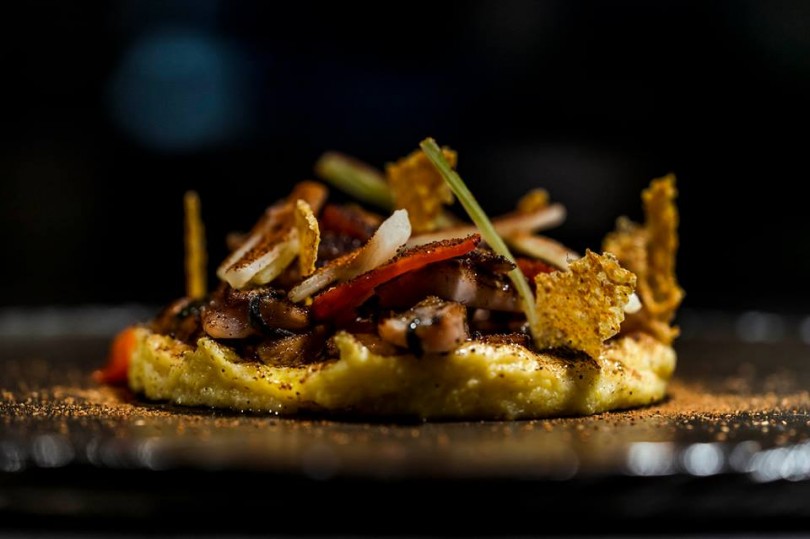 When the heart enters the kitchen little miracles cab happen. Of a gastronomic kind, but not only. Because the Brusada of Saulo Della Valle, Chef of the Osteria H2O in Moniga del Garda, is not just one of the most exciting creations you could happen to eat on Garda this year, but also a recipe that launches a bridge to a concrete battle of civilization. The dish was officially devoted by Saulo to his friend Mastro, alias Marco Bottardi, a very special sportsman, paraplegic after an accident a few years ago, today active in the face of knocking down architectural barriers on the lake. The two had already carried out the sailing race that last year allowed Brusada to win the Garda Cooking Cup of Salò, a competition that mingled with sports and gastronomy, awarding both the fastest boats and the best dishes prepared on board. And now Osteria H2O has decided to support Bottardi also in the challenge of the KabauRace (info: www.kabaurace.it), with which the athlete will try in the swimming circumnavigation of Lake Garda to raise awareness of institutions and citizens on accessible tourism themes. Waiting for the start of the project, scheduled for July 20, here is the recipe for Brusada, that is to say Sardinese with Polenta and Foie Gras. How to say: the most classic of Benaco’s poor but tasty dishes, recreated in a modern and intelligent key from an exponential growing chef, who in just two years has been able to bring H2O to really stellar levels with his partner as well as exquisite master hall, Manuel Lombardi. Warning: if you find the preparation too difficult, then the best thing is to taste Brusada directly in the halls of H2O …..

The picture of the dish is by Nicolò Brunelli.

(Sardines with polenta and foie gras)

Wheat flour (from the mill of Bedizzole)

– Prepare polenta in a traditional way.

– Fill the sliced ​​sardines and cut the fillets into chops, season with egg oil and salt only on the part of the pulp

-Save the coasts, bake in 2 different pots the green and the stalk cut into strips.

-For the leaves, we prepare a cream shredding it with vegetable broth and oil evo

-The stalk we prepare it with salt and oil

– Burn the peppers and then remove the skin, cut them into strips and season with oil and salt

– Burn the foie gras scallop and cut it into slices

-Add over the slices of foie gras and the sardines fillet burned to the chin on the skin part.

– Season everything with oil and capers

-Give the plate the final touch with the remaining elements, the vegetables the lemon peel candy the polenta wafers and toasted flour