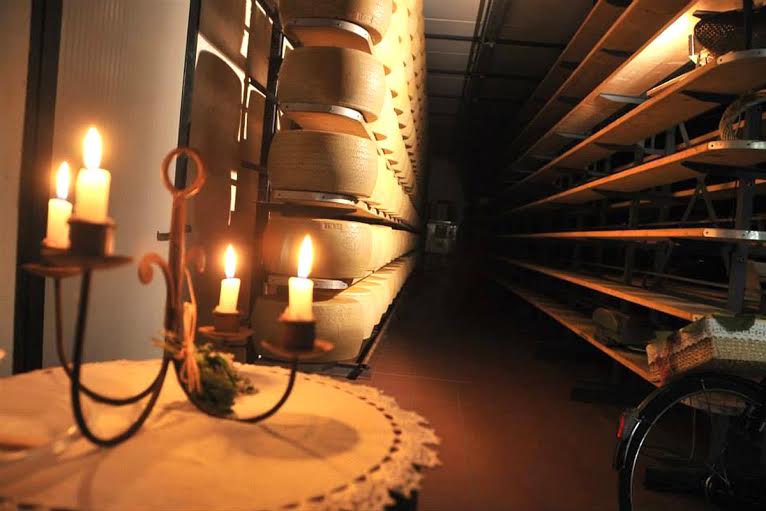 This is definitely one of the most unusual gastronomic stages you can happen to experience while travelling on the west Lake Garda coast. We are in Padenghe, better still on the hills of these Valtènesi village, where there’s a company which has made multi-functionality a real philosophy. Because the sign Calvino Gusto Supremo (or Supreme Taste) sums many different activities under one brand: an organic farm, an oil mill for the production of extra virgin olive oil, a laboratory of jams, preserves and handmade jellies, a warehouse for cheese aging, an agriturismo of 11 apartments whose guests have a seven-hectare estate at their device, including woods and a truffle field.

This is the real particular “mosaic” assembled by Stefano Beretta, a young entrepreneur of Garda origins, that after an adolescence in Milan has chosen to return to the Lake to take care of this family property acquired years earlier by his grandfather Lorenzo Beretta.

“My dream was to have a work allowing me a daily contact with nature and people – says Stefano -. As a boy I always thought that sooner or later I would have left Milan. And the opportunity was realized in 2001 when with my father we decided to take advantage of the land owned in Padenghe creating an activity for cheese aging and wholesale. More or less at the same time came the idea of ​​jams, for which my mother Giovanna, who still takes care of this part of the company, has always had a great passion “.

Things started to run, and so the first, cheese hall was replaced by a second, larger warehouse to accommodate about 1900 forms between Grana Padano and Parmigiano Reggiano. And in the spaces left free the family established a modern oil mill, which today is used only to squeeze the olives produced by the 1,500 plants spread over the estate.

“Extra virgin olive oul has become our most representative product – says Stefano -. On average years we produce about 25 quintals per year with the classic varieties of the territory as Casaliva, Leccino, Pendolino, divided in two lines, both certified organic: a classic extra virgin, and a “denocciolato”, or an oil made only by olives squeezed without the core, that we have chosen to produce from the start to diversify the line and offer an alternative that on this coast of Lake Garda is really practiced by few producers”.

Hence the decision to structure the oil mill on two separate lines: no more than four hours pass between harvest and milling. “After the squeezing we proceed to filtering after a day and a half – explains Stefano -. This is to prevent the inhibition of important components responsible for the aroma and taste of the oil”

From the garden and an orchard of 400 trees comes the greatest part of vegetables and fruit needed to produce a range of over forty between jams, marmalades and jellies, all conceived by Stefano’s mother Giovanna. “To taste them – says Stefano – is perhaps the best way to really understand who we are, because in this case we speak of pure craftsmanship, ad there’s no fixed script or standardization. We realize the ideas according to the products that nature offers us. ” The tastes are classic, but with a lot of curiosity in the assortment such as chilli jam, onion, quince jelly and also a tomato sauce. Jams, while made with organic fruit and vegetables, are not certified as such because sugar used for the production is non-organic.

Finally, Stephen buys on the market selected wheels of Parmigiano and Grana which are then put to hone in stock, with a procedure that provides manual control of each round with brushing and upside-about every 10 days. Grana coming out of Calvino is aged for up to 20 months, Parmigiano reaches 26 months: it is sold wholesale for a gastronomic channel high-end or, portioned, in the company shop, where are of course also available all other farm products. Direct selling is moreover the only commercial channel company, and focuses especially during the tourist season on Lake Garda thanks to an overwhelming majority of foreign customers (98%) 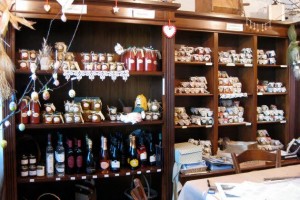 “We have reservations from people who come here to buy during the holidays from the first year of opening – explains Stefano -. Many arrive already with the list of products, then they send friends and relatives: German, Belgian, Dutch, and then there are the customers staying at the agriturismo, who can move frely in the whole esate. In short, we are satisfied: we have created a sort of particular reality for the Garda standards, but we have a loyal customer base. And to all we offer a guided tour because it is important that people know how the product they are buying is made.”