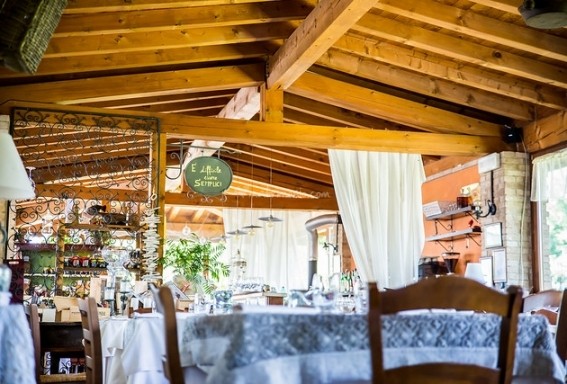 The eighth event for the 2017 Lake Fish Menu Festival, the gastronomic itinerary, launched by the Garda Wine and Gourmet Road with the Garda Dop Consortium, stops in Manerba: this evening, Friday, November 10, it’s the turn of Dalie and Fagioli restaurant, one of the most interesting addresses recently emerged from on the Garda gourmet scene.

Recent winner in Alessandro Borghese’s “4 Restaurants” talent, this Garda restaurant can count on the talent of chef Fabio Mazzolini, who in his previous experience at the Quintessenza restaurant in Moniga had also won a Michelin star. Its cuisine is rooted in the valorisation of the raw materials of the territory, coming primarily from small local producers, but is also based on the use of innovative cooking techniques to feed a measured but always inspiring creativity. And so the menu created by Fabio is by no doubt destined to arouse expectations and curiosity. Here it is:

As always a winery of the Wine Road will join to match the dishes of the menu with its wines: in this case the choice fell on Perla del Garda, the company led managed in Lonato del Garda by Giovanna and Ettore Prandini which in 2016 cut its first ten years anniversary. The range sees Lugana as the main product. followed by sparkling wines and reds, with many awards: Lugana Bio 2016 (organic) was chosen as the best White of Lombardy in the event “Best ItalianWines 2017 Milan” organized by influencer Luca Maroni, who will award the prize to Perla del Garda right at Magna Pars on the inaugural day of the event scheduled for November 23. Even more recently, Perla del Garda has been awarded the 5 Spheres,  maximum recognition of the Sparkle 2018 Guide attributed to Lugana Brut Nature 2011.