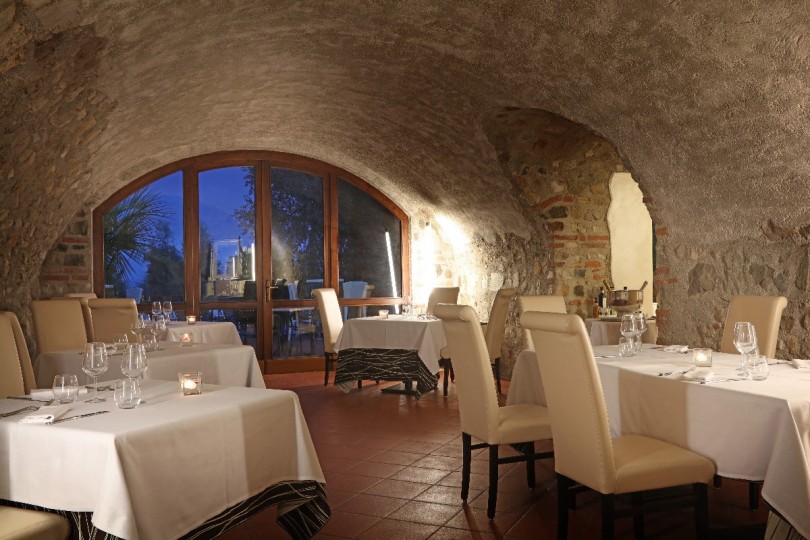 To eat in an ancient 1300 Franciscan monastery. Transformed today into a modern restaurant and hotel with 25 rooms and swimming pool, lost among the olive trees in the quiet of Valtènesi hills overlooking Garda. This is the enchanting frame designed to host the first stage of the Lake Fish Menu Review 2017, the traditional gastronomic autumn appointment staged by the Garda Wnes and Flavors Road, starting this year on the night of Thursday October 5 in the halls of the San Rocco restaurant in Soiano del Lago.

In the hands of the Manestrini family since 1880, enriched by a private chapel where ceremonies are also held, the restaurant have been managed for five years now by Paolo Manestrini, and it has been relaunched with a completely new look.

“It has been completely revisited with a more modern and refined setting, from the furnishings in which white is the predominant color married to the stone of the ancient walls of the convent to create a very warm and evocative contrast,” says Manestrini- “My personal intent was from the beginning to offer a refined cuisine, with particular attention to local products and excellence of the territory and beyond. A proposal very clean and clear, thanks to the valorisation of products and flavors that can exalt themselves. ”

The chef is Domenico Masiello, he comes from Puglia and is very young but has already had experiences in several five star hotels before landing on Lake Garda. Its cuisine ranges from meat to fish, both sea and of course fresh water, to a menu that has been able to express a series of dishes deeply linked to the territory such as the Garda Perch fillets in crust of pistachios on peas cream, or the Pozzolengo Saffron Risotto with Tremosine cheese and thyme leaflets. 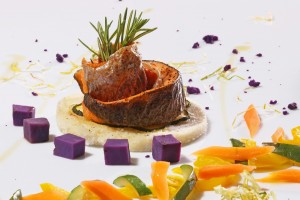 The peculiarity is also the presence of vegetarians and vegan dishes. “A choice,” says Manestrini, “born out of the desire to satisfy customers at 360 degrees, studying dishes specifically for these needs.” Even the desserts are prepared by the chef, and often vary based on the inspiration and the products available and are often prepared at the moment. The wine list is concentrated mainly on the labels of the area, from Chiaretto to Lugana, but also in Franciacorta and Veneto with Amarone.

Participating at the Lake Fish Festival for the third consecutive year, San Rocco will host this year the first night of the review. Here is the menu especially prepared for the evening:

Also this year the winery combined with San Rocco will be Franzosi of Puegnago, one of the most important companies in the Garda area with a production particularly concentrated on quality reds as well as on Chiaretto and Lugana. The menu is offered at a fixed price of 32 euro all inclusive: info and reservations at 0365-1980499.