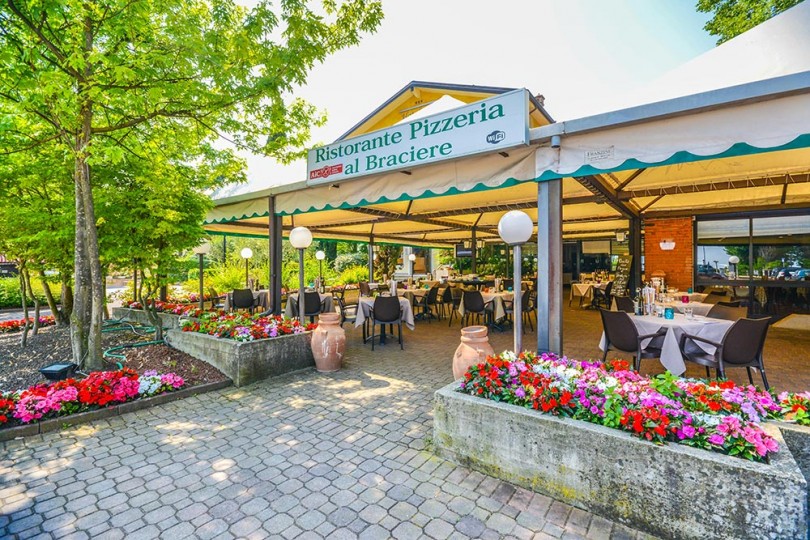 The ancient fireplace that gave its name to the place today is no longer there. But the Braciere, a now historic restaurant in Lugana di Sirmione, continues to defend the flag of the Garda cuisine since 1984, when Dario Mason chose to give an independent identity to the restaurant of the family hotel, Hotel Riel, not far from the homonymous private marina. An intriguing intuition, at the heart of the success of a place where the Gardesan cuisine goes hand in hand with the tradition of italian pizza without forgetting the “classics” of the sea tradition.

Here, a few meters from the waters of Benaco, on Friday 6th of October will be held the second evening of the Lake Fish Festival 2017, the wine and food route in nine dinners organized by the Garda Wines and Flavors Road in collaboration with the Consortium of the Garda Dop Oil: the opportunity to try the proposal of a restaurant that is still intimately linked to the neighboring Riel hotel (the property is always the Mason family) while walking with its own legs for three decades.

“When I started there were not many hotel restaurants open to the public, with a different name and a separate entrance like ours – says Dario Mason. I think I’ve made a pretty early choice over time, with the aim of properly enhancing our dishes. At first we were known for grilled meats that we cooked directly on the large fireplace in the hall, which we then removed. The name Al Braciere has remained but the proposal has changed, focusing mainly on lake fish, on the products of the territory, on a pizza that we prepare with wheat flour type 1, less refined than zero and double zero, and that it’s also available in a gluten-free version with dough from our production. ”

One aspect, that of gluten free cooking, to which Dario, at the hotel and restaurant guide together with his sons Niccolò and Jacopo, looks very carefully: since 2008 the Braciere is certified and adheres to the project Gluten Free Food of the Italian Celiac Association . Pasta, dumplings, ravioli, breads and sweets are also home-made without the use of gluten, to guarantee a lightness that then you can found also in the “fresh water” proposals. 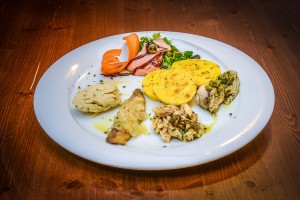 “Considering the fact that we are in front of the harbor, I thin it was only natural for us to focus mainly on lake fish, with a series of traditional recipes characterized by our personality, our attention.” Among the symbols are definitely the Appetizers of the Lake, with various tastes of typical specialties such as the Luccio alla Gardesana or the Sardines in Saor, the Bigoli alla Sarde, the Whitefish rolls with basil. 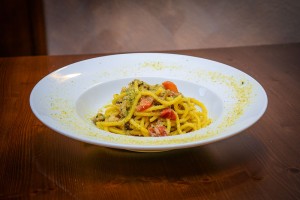 But from the kitchen, directed by the chef of Mantua origins Luigi Giaretta, Dario’s old friend who in the past has followed for years the Italian Ski National, still come out also grilled meat, which always comes from local suppliers such as the farm La Valle in Goito, which also breeds buffalo and provides the restaurant with its mozzarella. Also the wine list is based mainly on local products starting obviously with Lugana but also on the wines of Valtènesi, Valpolicella, Bardolino and nearby Franciacorta. And event when it comes to liqueurs the specialties made by Tassoni in Salò stand out. Among the sweets is a crunchy Waffle with cream and flaming strawberries, or a Tiramisu with gluten-free homemade sponge cake.

But here’s the menu designed by Dario Mason and Luigi Giaretta for the dinner on October 6th.

The winery of the evening will be the Cascina Albarone farm by Stefano Pasetto, a beautiful and solid production company of Lugana di Sirmione, which will naturally combine its Lugana, in particular the excellent Calmi with the Braciere dishes. As always the menu is offered at the special fixed price of 32 euros: info and reservations at 030-9905561.